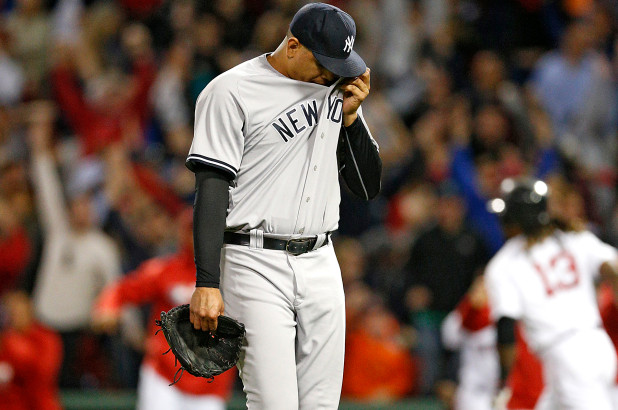 The rivalry between the New York Yankees and Boston Red Sox is always one of the best in baseball, but it looks like it will be even better this year. The bitter rivals hold the two best records in the MLB through the first 36 games, so they look destined to have a historic competition for the division title. The Yankees were looking to pull off a shocking series sweep and grab the two-game lead in the AL East division when they faced the Red Sox on Thursday, May 10.

CC Sabathia has been one of the most consistent starters for New York over the last two years, but he did not have his best stuff on Thursday. Mookie Betts opened the game with a ground rule double. He eventually came around to score on a grounder to shortstop by Hanley Ramirez. The top of the Boston order continued to do damage when they came up in the third inning. Ramirez recorded another RBI with a single to right field. J.D. Martinez immediately followed with a RBI ground out to extend the Boston lead to three runs.

Sabathia tried to fight his way through five innings, but he was yanked after giving up a lead-off home run to J.D. Martinez in the top of the fifth. The Yankees are known for having a prolific offense, but they were completely shut down by Eduardo Rodriguez. A high pitch count prevented Rodriguez from going deep in the game, which helped fuel a comeback by the Yankees. With the Boston starter out of the game, the New York offense came alive in the seventh inning.

New York scored their first run in the seventh on a bases loaded walk by Brett Gardner. An Aaron Judge single scored another run. A ground out by Didi Gregorious and a wild pitch helped the Yankees score two more runs in the inning to tie the game. Aaron Boone relied on Dellin Betances to get three big outs with the game tied in the eighth inning, but that turned out to be a bad decision. J.D Martinez hit a solo home run off Betances to quickly give his team the lead. Craig Kimbrel was untouchable in the ninth to secure the 5-4 win over the Yankees.

New York and Boston are now tied atop the AL East division. The Yankees will look to rebound from the tough loss when they play the Oakland Athletics on Friday, May 11.