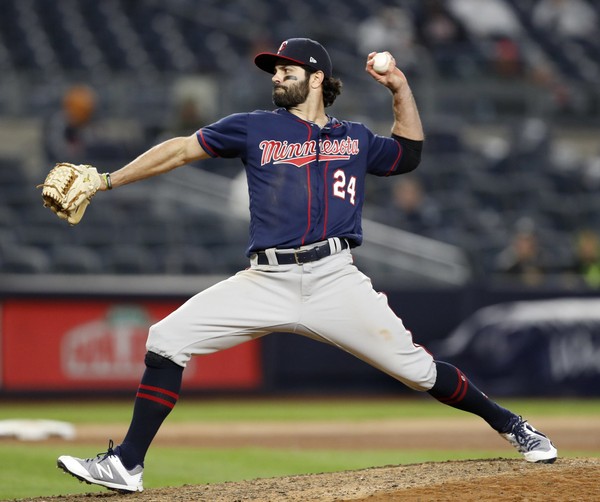 New York Yankees rookie manager Aaron Boone has recently talked about a “roll” he believes the team will soon be on. It may have started last night, as the Yankees thrashed the Minnesota Twins at Yankee Stadium 14-1 while hitting 4 home runs along with 4 doubles.

The Yankees pounded out 13 hits in all against the Twins, with Didi Gregorius doing the most damage with a grand slam. Giancarlo Stanton also homered and Miguel Andujar — who has been especially hot as of late — had two extra-base hits for the Bronx Bombers, who lived up to their name for at least one night.

Stanton says that as soon as the team gels, they will be tough to beat. For the game, he was perfect, hitting 4-4, with his 5th home run, which went 435 feet. He also had two RBIs. Though he is still only hitting .224 for the season.

The Yankees, who are now 12-9, also got excellent pitching from Masahiro Tanaka. Not only is the team right now enjoying a 3-game winning streak, they are also right now a season high 3 games over .500. They are further 5-2 on the current homestand, with 3 games left to play with the hapless Twins, who are 8-9 for season.

The Yankees over the past 16 years have really enjoyed playing the Twins. They are 79-31 against the team during that period.

Boone says that he loves nights like the one the Yankees just had, especially when the team is struggling. He further says that he hopes the win will give the team some much needed momentum.

Andujar, who is 23 years old, has solidified his grasp of the 3rd base job. He went 2-4 last night, which included a home run and a double. He has now had 7 straight games in which he has hit at least one extra-base hit. This puts him in some elite company. The only other Yankees to accomplish that before they were 24 were Joe DiMaggio in 1937 and Mickey Mantle back in 1955. At least since 1908.

Aaron Judge, who doubled and walked during the game, says that he is not surprised with what Andujar is doing. He says that he has been watching him play like this ever since the two played together at single-A Charleston.