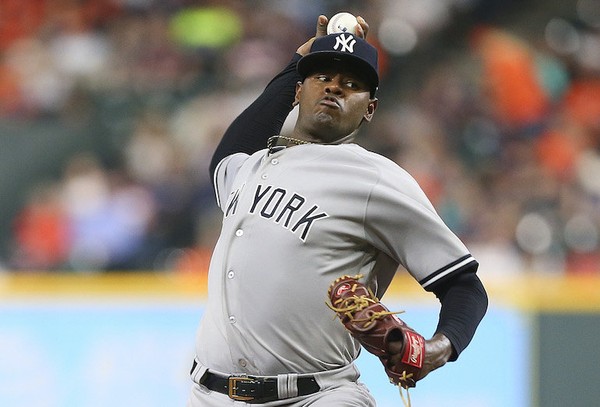 Facing the defending World Series champion Houston Astros should be a daunting task. It is a daunting task. New York Yankees pitcher Luis Severino made it look easy, though. Wednesday night, Severino faced off against arguably the most prolific lineup in the sport today. He pitched nine complete innings and shutout the Astros for a 4-0 victory.

Severino reached ace status last season as he battled for a potential Cy Young award, ultimately finishing third in the voting. This year, he has picked right up where he left off. Against Houston, he spun those nine shutout innings while allowing just five hits and six total base-runners. He struck out 10, yet used an economical 110 pitches on the night. 83 of those 110 pitches thrown were thrown for strikes. George Springer, Jose Altuve, and Carlos Correa, Houston’s 1-3 hitters, went a combined 1-for-12.

The start was the fourth time already this season Severino has allowed one or zero runs. It was also the fourth time he completed at least seven innings. The start pushed his season ERA to 2.11, good for sixth in the AL to this point. His 2.0 bWAR as of May 3 ties him for third in the league with Boston righty Rick Porcello, and ahead of last year’s Cy Young finishers Chris Sale and Corey Kluber.

The victory was the second in a row for New York against Houston. It was also the 11th time in 12 games the Yankees came out victorious. After a scuffling start to the season, NY has righted the ship. The team began the year with a 9-9 record through mid April. By the first week of May, it sits at 20-10, good for second place in the American League East.

On Thursday, the Yankees have one more game against Houston in what was a four-game series. After that, a tough stretch of games continues. They face the Cleveland Indians for three games and then the Boston Red Sox for three more.