Home NFL Fantasy The Waiver to Enemy Savior Phenomenon: The Key to Patience in Fantasy...

Listen up my fantasy friends, just as patience is a key to life, patience can make or break your fantasy season.

“Never cut a tree down in the wintertime. Never make a negative decision in the low time. Never make your most important decisions when you are in your worst moods. Wait. Be patient. The storm will pass. The spring will come.” – Robert H. Schuller

This quote by Robert H. Schuller was probably never meant for fantasy football, but you could fool me.

Year-in and year-out fantasy owners including myself begin the season with gargantuan expectations. We stare at our draft boards “rosterbating” and crowning ourselves champs before we even log off the computer. We are all guilty of it and that’s okay, until we allow these expectations to derail our season prior to week five. It’s a conundrum I like to call “waiver to enemy savior”.

I did this twice in the same league last season and guess what team I didn’t make the playoffs with? Too quickly we fall victims to expectation and forget that fantasy football is a marathon and not a sprint. By dropping a player that disappoints early, you may very well be setting up someone else in your league for major success, and destroying your season before it can get off the ground.

The Devonta Freeman Experience: Last year’s number one running back wasn’t even the week one starter on his own team. If you made the genius decision to draft Freeman then props to you, but a ton of people dropped him prior to week two. Freeman carried the ball 10 times in the opener for 18 yards. Tevin Coleman received 20 carries for 80 yards. That game itself was enough for owners to panic and drop Freeman into the deep abyss known as the waiver wire.

Week two comes around and once again Freeman is the backup to Coleman. All of a sudden Coleman gets hit hard against the New York Giants and he doesn’t get up. The diagnosis is broken ribs. The entire league runs to waiver wire to scoop up Freeman and the rest is history. Now you are stuck watching the guy you dropped for a freaking defense or dart-throw tight end, light up the entire league, absolutely steamrolling his way to 1,600 scrimmage yards and 14 total touchdowns. Be patient.

My Personal Horror Story: I did this twice in one league. I was sprinting when I should’ve been jogging, or crawling for that matter. I was in my final draft of the year and it was the 16th and final round. I decided to take Larry Fitzgerald because I admire him as a player and figured what the heck. Larry Fitzgerald didn’t make it to week one on my roster. Larry Fitzgerald finished the year as WR9 in my league. It gets worse. Way worse.

I dropped Larry Fitzgerald to pick up Cameron Artis-Payne because I drafted Jonathan Stewart, and didn’t feel comfortable trusting him to stay healthy. Cameron Artis-Payne! I figured since Fitz was my 16th rounder and I had Dez, Megatron, Jarvis, etc I could afford it. Believe it or not it gets worse. Way worse.

As I wait and wait for J-Stew to do something, I realize that he is non-existent in the red-zone. His week five bye week rolls around and he hasn’t eclipsed more than 63 yards rushing yet. By this time I already regret dropping Fitz and now I jump ship on Stewart because of his lack of production/bye week. I am fairly confident he is a lost cause at this point. Besides, in week six the Panthers play the Seahawks. I laugh at the thought of pointless Jonathan Stewart trying to run against the stout Seahawks defense. Stewart rips off 20 carries, 78 yards, and two touchdowns. You can’t be serious.

Stewart would go on to finish a modest RB19 overall in the league; however he would’ve helped out my depleted roster mightily down the stretch. After his bye he went on to average top RB2 numbers week in and week out. Not only did this move come back to bite me, but Stewart was the main reason I gave up Larry Fitz, who not only dominated in 2015-16, but would’ve been eligible to be my keeper in the 15th round this year had I kept him all year.

Aside from my personal horror story and the Devonta Freeman experience, there are a few other players from the 2015 season alone that fit this “waiver to enemy savior” phenomenon.

Cutting ties with a player early isn’t always a catastrophic move. The point of highlighting the “waiver to enemy savior” phenomenon is to encourage patience. For positions such as quarterback or tight end, there is less risk in dropping an underwhelming player early, because those are usually easy positions to stream on a week-to-week basis. However, it is vital to trust yourself as a drafter, and to give yourself some time to truly evaluate the players on your team before making season-changing decisions.

I hope this article hits home and allows you to temper your immediate expectations and allow yourself to walk before you run. It’s a marathon not a sprint my fantasy friends. 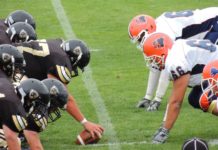 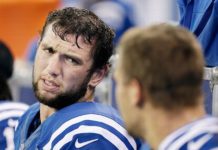 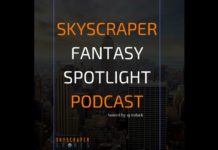