Home NBA Kicks The Future of Gary Payton’s “The Glove”

While everybody knows about all the Jordan retros, Gary Payton’s line has been a little underrated in the eyes of many. Even though there haven’t been any releases in the past year for “The Glove”, there’s a plan in place that’ll keep them hot for a long time. We caught up with Gary at Terminal 23 and discussed what him and Nike have in store for the future:

“It was a great start for us that The Glove came out and did very well. We’re trying to do it like Jordan is doing it. We’re trying to do the same. You know like Jordan comes out with the 4s, the 6s, the 8s and all that, we don’t want The Glove to be out there and a lot of people could get a good volume of them. You get them out there to them and then when they get hot like that, you bring them off and let them wait for a little more. Then the kids will start saying, ‘I didn’t get ’em this time, now what’s next?!'”

When asked about the colorways and models that him and Nike could be releasing, Payton replied:

Gary Payton and Nike obviously have an exclusive or limited mindset when it comes to “The Glove” shoes which should pay off in the long run. Fans go crazy for all the Jordan releases and even though I don’t think The Glove will ever be as popular as MJ’s line, the exclusivity of their shoes should have fans wanting more for years to come. 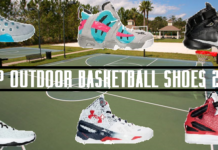 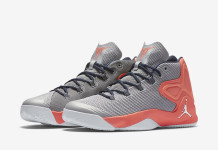 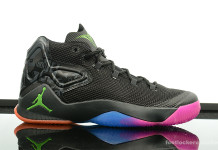