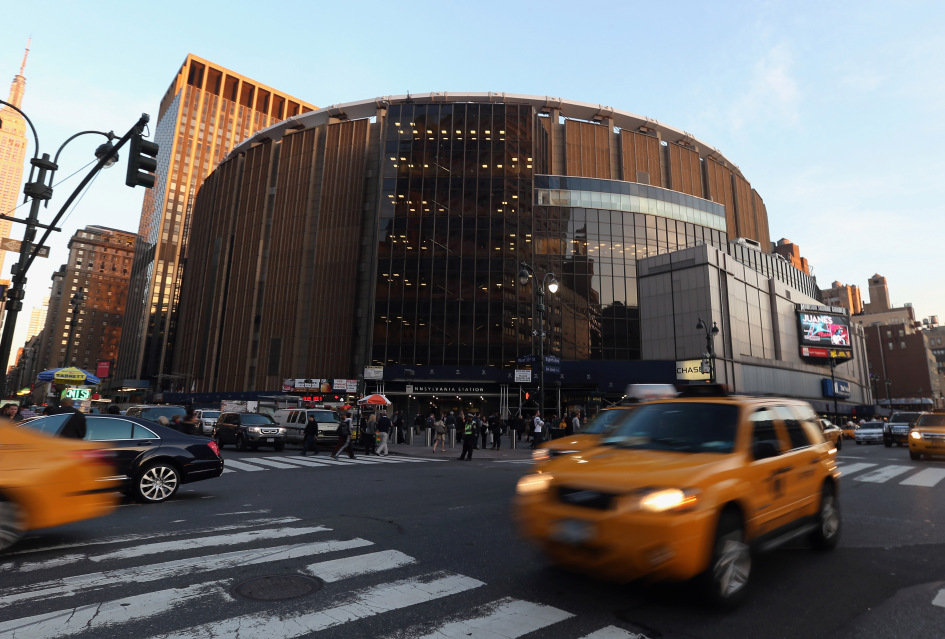 Home NBA Knicks A Statistical Look at How Madison Square Garden Is a Disadvantage for...

The biggest city in America houses the ‘Mecca of Basketball’. The ‘World’s Most Famous Arena’ plays host to the most knowledgeable basketball fans on Earth at least 41 times a year. These fans make Madison Square Garden the most fun, hostile and electrifying place around the globe to play basketball.

The storied history of the arena is also what makes it so iconic. From Joe Fraizer & Muhammad Ali’s ‘Fight of the Century’ to Willis Reed’s comeback in Game 7 of the 1970 NBA Finals to countless epic concerts, MSG has a different type of feeling than most arenas when you first enter.

Is it possible that the great amenities of MSG could be harmful to the New York Knicks’ chances of winning ball games? There will always be games that you ‘get up’ for as a competitor in the NBA, and games at 4 Pennsylvania Plaza in New York are usually one of those games for opponents. Whether it’s the crazed fans, the history, or the iconic ceiling, Madison Square Garden seems to bring the best out of everyone in the contest.

“Those people there really know basketball,” Michael Jordan once said. He even called MSG “the place to showcase your basketball talents.”

The greatest player in basketball history, Michael Jordan, absolutely loved playing at Madison Square Garden, evident in his big games at The Mecca. In 31 regular season games at The Garden, MJ averaged 31.8 points per game, an increase from his 29.9 points per game on the road in his career (Basketball-Reference). Twice in the regular season did the former Chicago Bull score 50+ in New York, a feat that’s only been done 15 times.

Not to mention, Michael was going up against one of the toughest defenses in the league with Patrick Ewing, Charles Oakley and Anthony Mason all clogging the blue-painted lane. In an era of basketball when you were able to be physical with your opponent, the Knicks did everything they could to make Jordan’s life a living hell but were only able to claim a 14-17 record against his team in the regular season.

I know this one hurts, Knicks fans. The soon-to-be back to back MVP was one pick away from being a New York Knick and lighting up Madison Square Garden on a nightly basis. New York wanted Steph, and Steph wanted New York.

Fast forward 7 years and Curry averages 28.2 points when playing at MSG, over 5 points better than at all other road locations (Basketball-Reference). Golden State is an impressive 4-1 when playing away against the Knicks largely in part due to Curry’s scoring prowess. Who could forget the nationally-televised game where Steph set a career-high with 54 points back in 2013? I’ve heard that Raymond Felton watches himself on film blocking Wardell’s shot in the final minute of that game to this day.

“If I could have 82 regular-season games in the Garden, I would because it’s the Mecca of basketball.” – LeBron James

King James has made it known for some time now how much he loves Madison Square Garden and New York City, so his impressive statistics shouldn’t come as a surprise to anyone. LeBron’s teams have dominated the Knicks in NY, going 15-7 at The Mecca over the course of James’s career (Basketball-Reference).

Just like Michael Jordan did during his playing days, LeBron has scored 50+ points at MSG twice, so those two alone have done it over 25% of the time it’s occurred by an opponent. Now that one of his best friends in Carmelo Anthony plays with the Knicks, it gives James that extra motivation to break out in the Big Apple.

Durant talked about how special he believes Madison Square Garden is and his play on the court seems to agree with his statements. Known as one of the prolific scorers in this era, KD averages 31.7 PPG at The Mecca of Basketball, including a 44-point game earlier this season (Basketball-Reference).

Now while that may not be impressive when remembering his 66-point game at Rucker Park, the intriguing stat comes when we take a look at his team’s record in those games. When Kevin scores 29 points or over, his team is a perfect 5-0 in New York. However, the Oklahoma City Thunder are 0-2 when Durant fails to score 29 in the same scenario.

We all know about Kobe’s silly 81-point game in Los Angeles, but he also broke a long-standing record at MSG. Bernard King scored a record 60 points at home on Christmas Day in 1984, but in February of 2009, the record was narrowly broken by No. 24. Bryant scored 61 in a victory at Madison Square Garden, the second highest single-game scoring output of his legendary career, and the most points scored by the Black Mamba on the road in any game.

Nearly identical to Michael Jordan’s numbers, Kobe Bryant averaged 31.9 points per game at The Garden, scoring at least 30 points 60% of the time (Basketball-Reference). The 3rd all-time leading scorer flourished under the bright lights of Broadway, averaging 7.1 more points in New York than on the road anywhere else.

Now does that equate to team wins? Well the Lakers are 9-6 at MSG when Kobe plays, so yes.

Carmelo Anthony wasn’t featured in this story due to the fact that he’s not an opponent anymore, but he averaged over 30 a game when visiting New York from Denver. Sure, Melo has had some great moments on The Garden floor like his 62-point game, but it seems as if visiting players get just as excited, if not more excited, to play at The Mecca of Basketball than the Knicks.

For some of the top players in the past 25 years, they’ve all enjoyed playing on 31st & 8th Ave. due to the atmosphere and history behind the arena. And hey, having immaculate success doesn’t hurt either.