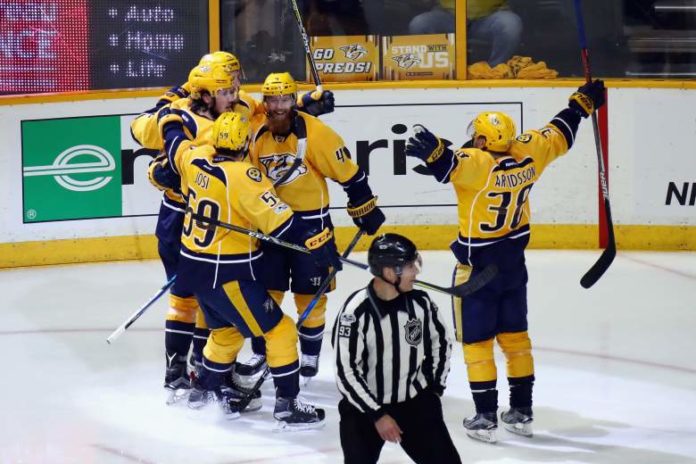 The National Hockey League continues to be one of the most popular professional sports league in the world. Much of the reason for the popularity of the sport is due to the excitement that comes during the Stanley Cup Playoffs. This year, the playoffs were definitely not a disappointment as it featured two of the top teams in the league, each of which came with a very interesting storyline.

From the Western Conference, the Vegas Golden Knights looked like a team of destiny. The team, which was not formed until this season, was by far the most successful expansion team in American sports history. The team ended up being one of the top teams during the regular season and quickly ran through the playoffs while looking unstoppable.

In the Eastern Conference, the Washington Capitals finally got over the hump and beat a variety of rivals, including the Pittsburgh Penguins. The team continued to be led by Alex Ovechkin who finally had his opportunity to win a title. Another unique fact about the finals was that neither of the two teams in the finals had ever one a NHL title in the past.

The first few games of the series started out with a lot of fanfare and excitement. While Vegas got off to a fast start, the Capitals ended up coming roaring back and they won the series in five games. After the game was over, the city of Washington DC and the rest of the country celebrated the accomplishment. While the players on the Capitals were able to celebrate their win in Las Vegas, the city flooded the streets of the nation’s capital to celebrate the big win (https://www.washingtonpost.com/video/sports/washington-capitals-win-the-cup-heres-what-dc-looked-like-during-the-final-game/2018/06/08/2aa00cc4-6ae7-11e8-a335-c4503d041eaf_video.html).

This was a very big win for the Capitals and their start player, Ovechkin. This was the first title in franchise history and the first title in the long career of Ovechkin, who has been in the league for 13 years. The win by Washington continued the recent trend of franchises in the four major sports winning their first title. In the past six months the Philadelphia Eagles won the Super Bowl and the Houston Astros won the World Series. Neither of these teams had won a title in the past and finally brought home a trophy. Now that the series is over, much of the focus will be on the offseason. There are a number of key free agents who could move teams and change the landscape of the league. 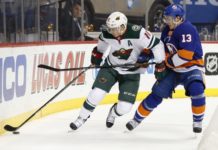 Islanders Let Down by Defense in Loss to Wild 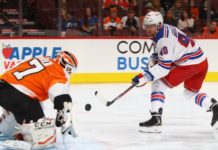