Everyone remembers their first sporting event as a kid like it was yesterday; walking out of the tunnel to see their first patch of MLB grass, their first glimpse of NBA hardwood, their first sight of NHL ice. Athletes are often role models for young sports fans, and seeing guys like Derek Jeter, Carmelo Anthony and John Tavares play in person is an experience like no other. 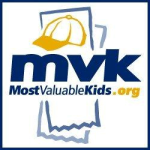 Most Valuable Kids (MVK) New York is a non-profit organization which enables underprivileged and at-risk children to attend sporting events and cultural performances in exchange for their academic achievements and positive social behavior. The kids of MVK have been given the opportunity to attend games of the Yankees, Nets, Giants and Red Bulls, just to name a select few.

Originated in the Washington D.C./Baltimore area, Most Valuable Kids has now dispersed throughout the East coast, with plans for a West coast expansion in the future. Through 2014, over 101,000 event tickets have been collected and distributed by MVK New York alone with a face value of more than $5.2 million.

With a single ticket donation, children receive recognition for their positive behavior, the ticket donor receives a tax deduction to go along with putting a smile on a kid’s face, and teams fill seats that often go unused which sticks more energy into the stadiums. Non-profit agencies can benefit from MVK in the form of tickets as well by promoting positive youth development.

Rae Anne McLaughlin, the Executive Director of MVK NY, has done an unbelievable job with this organization as she’s been working with MVK for over 6 years. You can contact Rae Anne with questions or comments regarding ticket donations or anything else at raeanne@mostvaluablekids.org.