Home MLB Yankees Sabathia Announces That He Will Retire 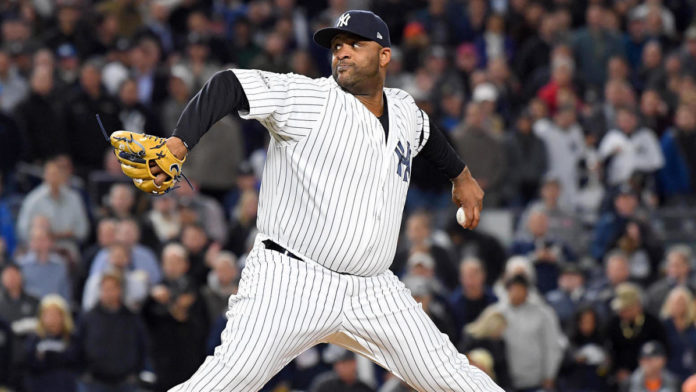 New York Yankees pitcher CC Sabathia will start his 19th season as a Major League Baseball pitcher this year. He will not be playing for a 20th season. Mr. Sabathia announced this weekend that the 2019 baseball season will be his last.

CC Sabathia has some of the best stats for a pitcher in baseball history. Currently, Sabathia is just shy of reaching the 3,000 career strikeout mark. He is only four victories from reaching 250 career pitching wins.

During an emotional press conference where Sabathia’s wife and children were present, the 38-year old pitcher thanked both of his parents for the influence that they had on his life. He remembered that his late father always told him that one day he would be a player for the New York Yankees.

According to Bleacher Report, Sabathia is going to retire from the Yankees after this season for a number of different reasons. Sabathia wants to spend more time with this wife and children. He stated that he wants to be able to go to his children’s activities and be with them while they are younger.

Injuries are also an important reason behind Sabathia’s retirement announcement. Since the 2014 season, Sabathia has had ongoing trouble with his right-knee. This knee problem has been attributed to arthritic changes and inflammation in the knee.

Sabathia is also retiring due to the fact that he has had to significantly change his pitching style over the course of the last few seasons. When he first came into the league, Sabathia was primarily a power fastball pitcher. As his career has progressed, his fastball has slowed down. Sabathia has needed to develop different pitches in order to maintain his effectiveness.

CC Sabathia began his Major League Baseball career with the Cleveland Indians. He was picked up by the New York Yankees in 2009. During that season, the Yankees were World Series Champions. Sabathia won the Cy Yound Award in 2007, and he has been voted an All-Star on six occasions.