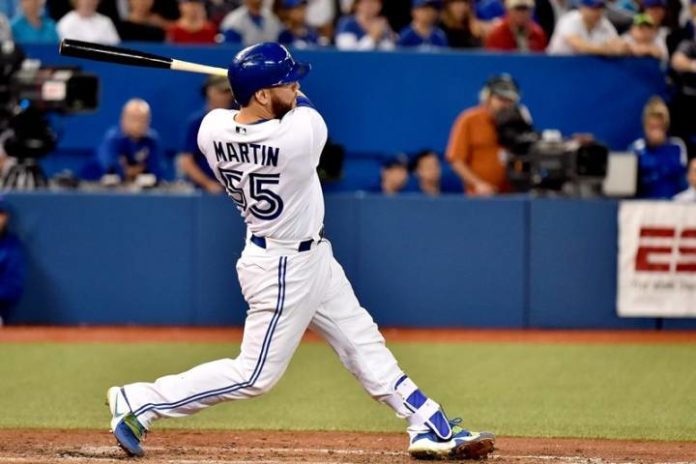 The New York Yankees have a playoff spot secured, but the final two weeks of the season are still very important for the team. Their huge lead for the top American League Wild Card spot has completely evaporated in recent weeks. They are now only 1.5 games ahead of the Oakland Athletics. It is very important for New York to maintain their edge over the Athletics because that will allow them to host the Wild Card playoff game. The Yankees looked for a much-needed win when they played the Toronto Blue Jays on Friday, September 14.

New York loved their chances entering the game on Friday because they had their ace on the mound. Despite struggling early in the year, Masahiro Tanaka has been extremely dominant since in the All-Star break. The Yankees wasted no time getting their starter an early lead. Aaron Hicks, Gleyber Torres and Luke Voit all had big hits as the Yankees scored five runs in the first inning against Toronto starter Marco Estrada.

The offensive explosion continued in the third inning. Brett Gardner and Giancarlo Stanton drove in three runs with singles to give New York an eight-run lead. Masahiro Tanaka has a tendency to surrender too many walks, but the huge lead allowed him to attack the Toronto hitters early in the count. This aggressiveness paid off huge dividends as the New York starter threw one of his best games of the season. He ultimately left the game after allowing only four hits in six scoreless innings.

It would have been easy for the New York hitters to relax with the big lead, but they continued to have competitive plate appearances the rest of the game. Home runs by Andrew McCutchen and Didi Gregorius extended the lead to 11 runs. Luis Cessa closed out the game after relieving Tanaka in the seventh, and he did not allow a run to seal the shutout for the Yankees. The great effort earned Cessa his second save of the season.

The Athletics defeated the Tampa Bay Rays in extra innings on Friday night, so New York was unfortunately unable to extend their lead over Oakland. The Yankees will return to action with another game against the Blue Jays on Saturday afternoon. CC Sabathia will get the start for New York. Sean Reid-Foley is the scheduled starter for Toronto.