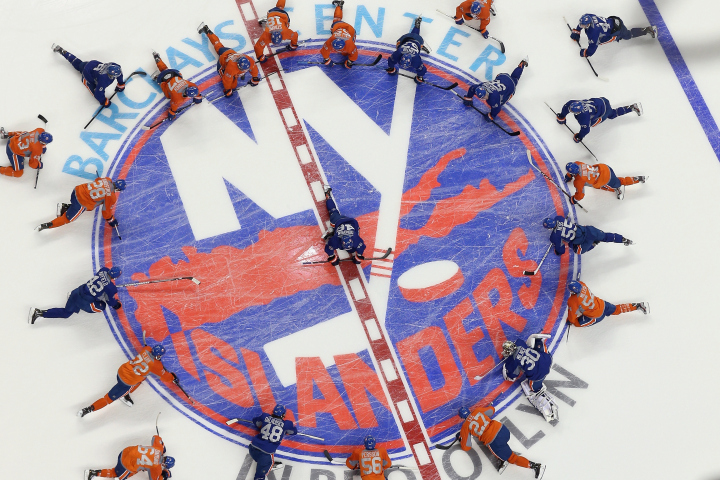 The regular season is finally upon us, Islander fans. After finishing with 101 points and a third place finish in the Metropolitan Division, the Islanders are poised to make another run to the playoffs. The Metro got a lot stronger this year with the additions of Saad (CBJ), Kessel (PIT), Williams and Oshie (WSH) just to name a few. These additions will certainly make the division much more competitive and give the Islanders a tougher time. As their opponents have gotten better, with more maturation and experience under the young club’s belt, so too should the Islanders. Here are a few things to look out for in the upcoming campaign:

RS: The Islanders will find a way to squeak into the 3rd spot in a crowded Metro Division. Final Record: 49-26-7 105 Points

JR: I see the Isles finishing 4th in the Metro finding their way into the playoffs once again. Final Record 48-29-5, 101 points.

RS: This is as obvious as it gets. Not only will John Tavares be the team MVP, but he will finish the season as the league’s MVP and the Art Ross trophy winner which he has come so close to obtaining in 2 of the last 3 seasons. Tavares is amongst the NHL’s elite players and is a bonafide superstar. One day his banner will be raised in the rafters with the likes of Bossy, Gillies, Nystrom, Trottier, Smith, and Potvin.

JR: Who else would be this team’s MVP? John Tavares finished one point behind Jamie Benn for the most points in the NHL last season. If not for a last second, empty net Hail Mary from Benn, Tavares wins the Art Ross Trophy. I see JT finishing with anywhere from 90-94 points this year, and being an NHL MVP candidate.

RS: It’s hard to imagine a breakout player coming from the Islanders’ steady trio on the 4th line, but don’t be shocked to hear Casey Cizikas’ name a lot this season. Cizikas has continuously improved every aspect of his game every year that he has been with the team. With the way Coach Capuano wants the 4th line to play, it’s hard to imagine Casey putting up any type of astronomical numbers, but I wouldn’t be shocked to see a significant spike in his points totals. As long as the 4th line plays their gritty, hard-nosed style of hockey and can get pucks to the front of the net, expect the 24 year old to have a great season overall for the Isles.

JR: Towards the end of last season, Ryan Strome showed his true talent and play making abilities. One thing that may go unnoticed by those who can’t watch the 22 year old nightly is his phenomenal vision while handling the puck. Although the lines aren’t set for opening night yet, I’m sure Strome will make those around him more productive. I see him finishing 10 points higher than last year (51). If by some chance he does end up on Tavares’ right wing, then him finishing with 15-18 points more isn’t far-fetched.

Bust of the Year:

RS: Unfortunately for the Isles, Mikhail Grabovski will yet again be a huge letdown. In the 2nd year of his 4 year, $20 million contract don’t be shocked if Grabovski only plays half of the season for the Islanders. The well-traveled vet has had his fair share of injury problems in the past and with his style of play, I don’t see that ending any time soon. Too many times we’ve seen Grabovski take a monster hit in open ice when his head is down and it has ended horribly just about every time. If Grabovski does find a way to stay healthy, don’t expect much out of him as the only reason he’ll stay healthy is because he’ll switch his style of play, which has made him such a threat in the past. In a few years the Islanders will be ecstatic to get his contract off the books.

JR: Bust, or worst player on the team? Josh Bailey somehow found a way into the lineup every night last season (when healthy). Granted he and Tavares developed a groove in the offensive zone, but Bailey was and probably still is almost useless on any other line. Josh finished with 41 points last year, and although I would love for it to happen, I don’t think he’ll finish anywhere near that mark this season. Bailey has progressively gotten weaker on the puck and worse on skates, not to mention his awful habit of not shooting the puck when granted the opportunity. I don’t think bailey breaks his point total from last year. The reasoning behind that is I simply don’t see him being involved in many games down the road.

RS: By the end of the season, 2 rookies will have made a big impact on this team. Ryan Pulock made the team out of camp and will battle for playing time with the likes of Brian Strait. It shouldn’t take Pulock long to make a name for himself as his cannon of a slapper will impress the team and coaching staff fairly quickly. He will find a spot on one of the power play units and if he can show that he’s reliable defensively, should see a good amount of playing time. The other rookie didn’t make the roster out of camp but I expect him to be up as soon as one of the forwards gets injured. Kirill Petrov jumped over from the KHL and came to America to pursue a career in the NHL. Petrov has a big frame and great hands and his skill set will be utilized much better in the American style of hockey. Expect him to play a big role on the team going down the stretch as he fits the role that Coach Cappy loves.

JR: I don’t think Garth Snow cut salary in the off-season for no reason. Surprise Isles fans, the Isles will dominate the deadline. We won’t hear much about it leading up to February 29th, but I’m sure Garth will have something in the works. I’ve slowly grown to understand that he’s always working the phones. With a team this good, you don’t actually think he’ll let $7.4 million in cap space just sit around, right? Be patient, a deal is on the horizon.

Feel free to let us know what you think about our predictions going into the first game of the season. Shoot us a question on Twitter or leave a comment below. Islander fans’ input is always welcomed! Now let’s enjoy the ride and have a great season!