Home NFL Giants Do the NY Giants Need Another Quarterback? 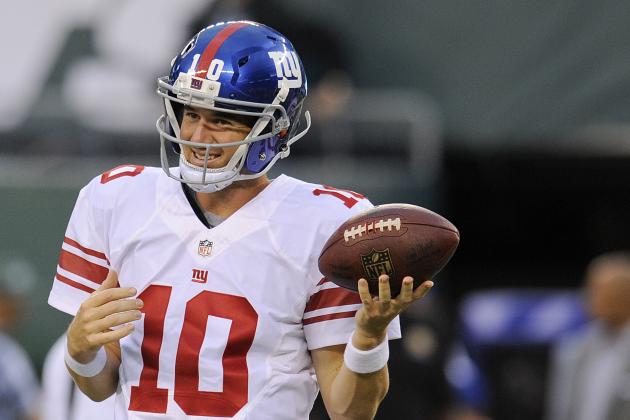 When evaluating the needs of the New York Giants in anticipation of the 2018 draft, many experts felt that they would draft a quarterback with the second overall pick. However, with Saquon Barkley still available, the Giants front office chose instead to pick the best overall player, leaving many experts to wonder whether the Giants still needed to address their quarterback situation.

Any other year during the Manning era, the Giants QB situation would not even be an issue, but after coming off a disastrous 2017 season in which the play of franchise QB Eli Manning showed signs of decline, the question of who would become Manning’s successor has taken on an unexpected urgency. On the current depth chart, behind Manning, you have returning back-up and 2017 third-round pick Davis Webb and 2018 fourth-round draft pick Kyle Lauletta. While many believe Lauletta was a steal in the 4th round, it was Davis Webb who impressed onlookers at the first day of OTA’s.

Of course, new Giants head coach Pat Shurmur has named two-time Super Bowl MVP Eli Manning the 2018 starter, leaving the question of heir apparent as yet unanswered. No matter what experts think of Manning’s ability at age 37, he is sure to benefit from the presence of Saquon Barkley, the best running back and best overall player in the 2018 draft, as well as a revamped offensive line and the return of O’Dell Beckham from injury. The question therefore remains who will be the backup to Manning and what is Shurmur and general manager Dave Gettleman’s plan for the future?

After the first day of OTA’s, it seems that Webb is outshining even Manning with his ability to hit the Giants speedy receivers deep. In his rookie season, Webb had a lot of catching up to do in comparison to Manning, who already had a year under his belt in then head coach Ben MacAdoo’s offense. This year, however, coach Pat Shurmur has brought in a new offensive system, putting all three quarterbacks on a more level playing field.

If the first day of OTA’s is any indication, Davis Webb may be the heir apparent to Manning, but Lauletta has great natural ability and seems likely to be impressive once he gets his bearings. The development of Webb and Lauletta, and the evolution of the Giants QB situation, is sure to make this summer extremely interesting for Giants fans.