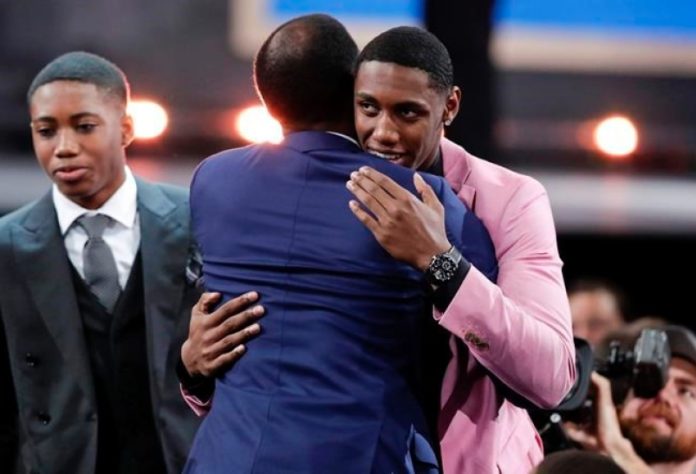 The New York Knicks used the third pick in the 2019 NBA draft to select RJ Barrett from Duke University. The move has been applauded by a number of sports media outlets.

Gary Parrish, who works for CBS sports, says that Barrett is clearly the third best player available in this year’s NBA draft. Parrish says the Knicks made the right decision.

Barrett played one season at Duke and led the team during his freshman season with a 22.6 scoring average. He also set the scoring record for a freshman in the ACC by scoring 860 points. His sensational freshman season also included 7.6 rebounds and 4.3 assists per game.

Most experts believed New York was the likely landing point for Barrett as soon as the draft lottery was completed in May. Before the lottery, the Knicks expressed interest in Parrish’s teammate, Zion Williamson. But it would have taken the first pick to select Williamson.

Knick fans should not believe, however, that Barrett represents a consolation prize. He was ranked as the number one prospect in America after high school and was considered the most likely candidate for first overall selection in this year’s draft going into his freshman season at Duke. The many accolades he has received include Mr. Basketball USA, McDonald’s All-American, Gatorade National Player of the Year, First-Team All-American, and FIBA World Cup Gold Medalist.

Barrett was criticized for dominating the ball and sometimes being inefficient on offense during his only year in college. This does not concern the Knicks who feel the additional space that is available to him in the NBA should be beneficial to his game. Knicks executives expect Barrett to create shots, open passing lanes and put up lots of points.

The Knicks have also been linked to a number of high-profile free agents in past weeks. Among the stars in which the Knicks have expressed interest are Kyrie Irving, Kemba Walker, and Kevin Durant. It will not be known for some time if Barrett gets to share the floor with any of these players but one thing is clear. There are a number of young and exciting players already on the Knicks who will play with Barrett. These young players include Kevin Knox, Alonzo Trier, Mitchell Robinson, and Dennis Smith Jr. 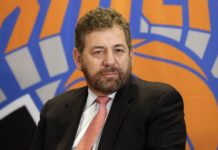