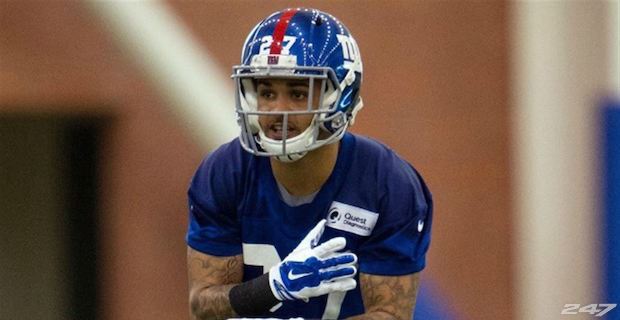 New York Giants head coach Pat Shurmur is facing tough roster decisions this year. And general manager Dave Gettleman is part of the reason Shurmur is facing those decisions. Gettleman didn’t waste any time overhauling the rooster when he got back on board the New York Giants football freight train. He took advantage of Shurmur’s player knowledge when Kyle Carter, the former Viking’s star inked a deal with Gettleman. Plus, Gettleman was the man who brought Dalvin Cook to the team. Cook has a way of transforming an offense. The New York Giants desperately need an offense that has superheroes on the roster.

Gettleman and Shurmur are putting a serious rooster together, but the men are facing some tough decisions in the offseason. The two football executives won’t make any cuts in the roster before training camp, but there could be some big names on the hot seat when all the smoke clears from the Gettleman-Shurmur player purge. Some important player decisions are front and center as the new season gets closer.

No decisions are final in terms of who is going to move on from the Giants before the preseason starts. But there are five players who might need to up their workout schedule and sharpen their skills in order to keep a spot on the Giants 53-man roster. One of those players is safety Dave Thompson. Thompson had tackling issues last season. And his lackluster performance last season may be enough to get him traded.

Wide receiver Roger Lewis is facing some tough competition from newcomers Hunter Sharp and Cody Latimer, so Lewis could be on the chopping block before preseason play starts. And offensive tackle Chad Wheeler is taking a backseat to Ereck Flowers during workouts. He is practicing with the second and third teams in OTA practices.

Offensive guard John Jerry is an easy roster cut, according to some football gurus. They say Jerry is not one of the top offensive linemen, but there are salary issues, and those issues could keep him on the rooster.

Outside linebacker Romeo Okwara was a fan-favorite in 2016. But injuries in 2017 hurt his development. Okwara may not be able to perform as expected in a 4-3 defensive end position. And there is a report that Odell Beckham Jr. may be traded. Beckham is looking for a new contract, but his health may get in the way of him making the $8.459 million in 2018. That’s the guarantee in the last year of his rookie contract.