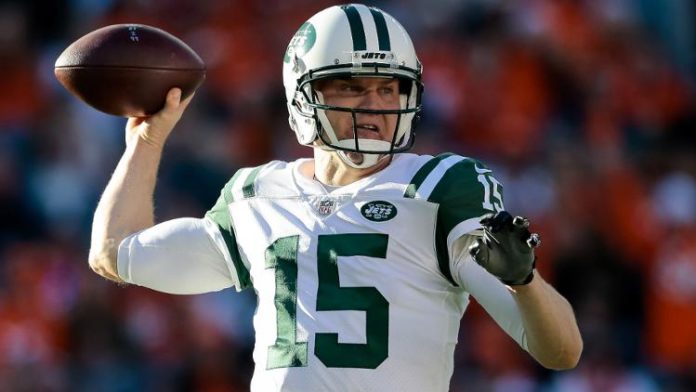 A player doesn’t last 16 years in the NFL without getting all due respect. QB Josh McCown has been been a useful asset with all seven NFL teams for which he has played. In what figures to be his “swan song” season, McCown will be asked to impart all of his football knowledge on overall number three draft pick Sam Darnold out of USC.

Not everyone realizes that mentoring another player far exceeds teaching the younger player how to read defenses or what to do in certain situations. Actually, those things should already be part of a new player’s skill set to some degree. Instead, a veteran QB will want to focus on teaching the rookie about developing the team’s confidence and respect for him.

Darnold has a reputation for being a quiet, workmanlike player that shows up and does his job very well. For a lot of NFL veterans, that’s not good enough. Recently, Jets OL Willie Colon had this to say about earning respect in the NFL:

“Guys are willing to go through walls for another guy if he’s honest about what he wants in what he’s doing. They’ll respect a guy a lot more if he’s telling it like it is and not giving the company lines or pointing the finger. That’s the biggest thing that happens at any position. If you’re a young guy going into the league, you judge a guy by his character. Is he telling the truth? Is he pointing the finger at the next guy or is he pointing it at himself? That’s what makes Josh McCown so great.”

Indeed, McCown has never been a flashy player nor has he ever been considered a top player. However, he has lasted 16 years and when he enters a game, his players are ready to follow. This is an attribute he’ll need to pass on to Darnold. Darnold’s talent is unquestionable, which is exactly why the Jets nabbed him with the number three pick. Arm strength, check. A winner, check. Football knowledge, check. The young man can play football.

To play football at the pro level, Darnold will rely on McCown to teach him how to be a complete NFL QB. The Jets have struggle mightily in recent years. The team is more than willing to be patient, but in the end, the pressure will be on Darnold to get the team back to the promised land. It’s McCown’s job to prepare Darnold to deliver.