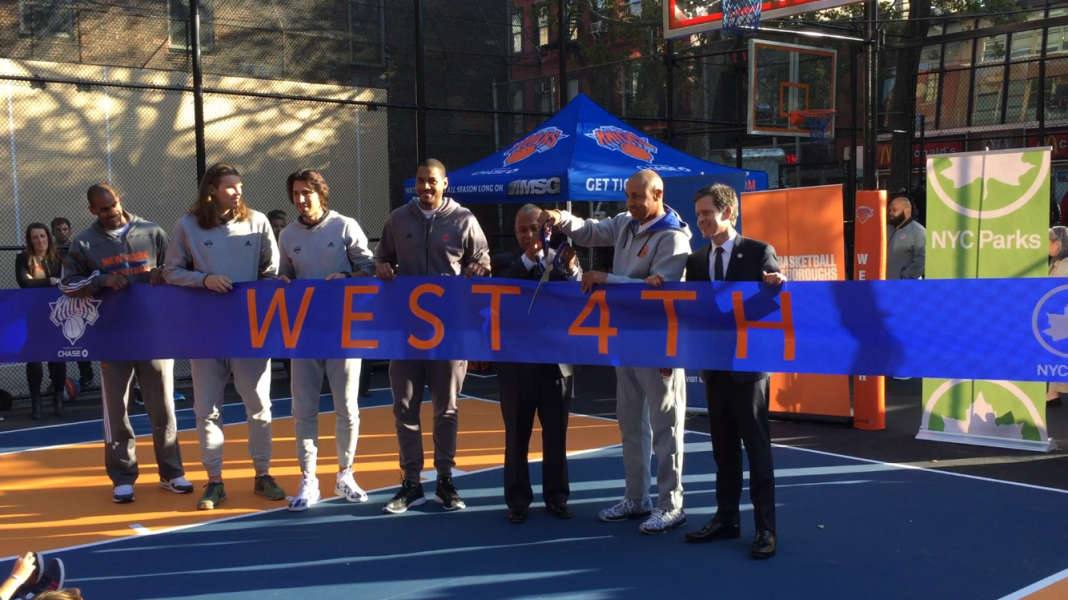 “The Cage” has played host to endless amounts of pickup basketball over the past few decades and will now be dressed in New York Knicks blue and orange. Continuing the week-long list of events the Knicks have planned leading up to the home opener on October 29th, the West 4th Street Court was only the latest stop for the team as they give back to the fans and their community.

Carmelo Anthony, Arron Afflalo, Lou Amundson, Sasha Vujacic and John Starks were all on hand for the ribbon-cutting of the new court. Anthony followed up Starks’ speech with one of his own reminiscing on his days at The Cage and thanking the fans for their support:

The Knicks players current and old participated in numerous basketball drills with the kids, giving them a once-in-a-lifetime opportunity to learn from some of the best athletes in the world. After receiving a high five from the best basketball player in New York, one member of the Jr. NBA yelled in excitement, “I just touched Melo’s hand!”