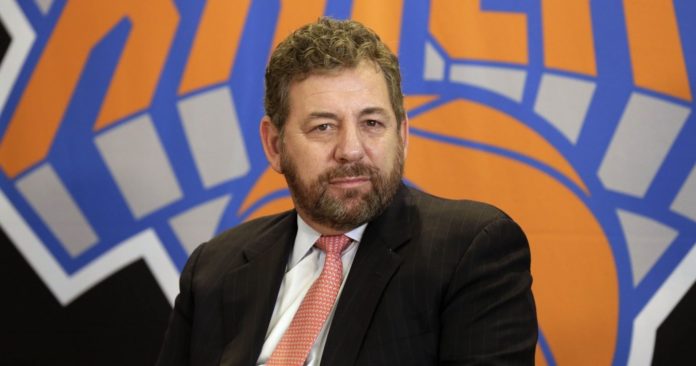 The New York Knicks haven’t won a basketball championship since the 1973 season. The fans in New York want the team to be successful, and many of the fans blame the team’s owner James Dolan for the team’s lack of success. In a recent interview, James Dolan stated that he is open to selling the New York Knicks and the other sports team that he owns the New York Rangers of the National Hockey League. Mr. Dolan stated that he has received some tentative offers for each team that are in the area of the $5 billion mark.

Even the though the Knicks have one of the worst records in the NBA over the last several years, the team is still the most valuable franchise in the National Basketball Association. The value of the team is estimated to be around $3.6 billion. The team makes revenue from the big New York media market, and the team has a faithful and fervent fan base.

One of the reasons that James Dolan is considering selling the New York Knicks is due to the fact that he is getting tired of the harassment that he often receives from some of the Knicks’ disgruntled fans. According to Mr. Dolan, he must take security personnel with him when he goes out on the town. He stated in an interview that New Yorkers often shout nasty comments to him and then run off.

Most fans of the Knicks are upset with the current owner, and a change in ownership would be welcomed by many. Fans are currently upset with the Knickss owner because he has banned Charles Oakley from coming into Madison Square Garden to watch the team. Oakley was one of the fan’s favorite players when he was active with the team.

James Dolan has stated that his family does not want to sell the team, but there are some signs that a sale might be in the works. Mr. Dolan has considered separating the Knicks and the Rangers from his larger Madison Square Garden company. This move if enacted would make it easier for him to sell one or both of these New York sports teams.