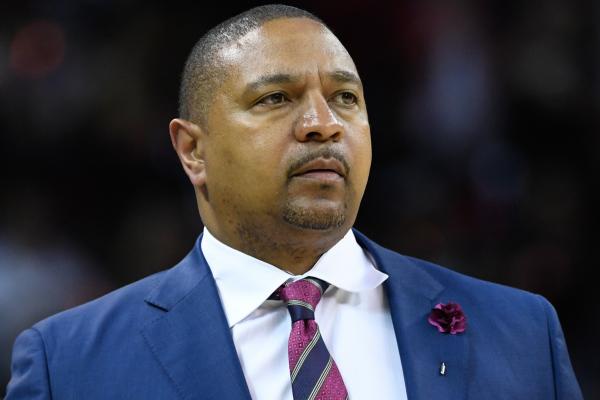 The New York Knicks recently entered the coaching market after the firing of their former head coach, Jeff Hornacek, almost one week ago. Several notable names initially stand out among qualified candidates including David Fizdale, Jerry Stackhouse, and Mark Jackson. The report that came out saying Mark Jackson was to be interviewed, was met with some controversy and hesitancy from Knicks fans and basketball analysts alike[1]. Mark Jackson would be a big-name hire for the struggling New York Knicks, but would it be the right fit the Knicks? Many people are wondering if Mark Jackson’s past with the Warriors will help or hurt the Knicks. The reason people are wondering that is because it is still unclear whether Jackson was helping or hurting the Warriors back before they started their dominance.

Mark Jackson was instrumental in turning the Golden State Warrior franchise into the dynasty that they are. Jackson helped to develop Steph Curry, Klay Thmopson, and Draymond Green into perennial all-stars. He was also a strong leader that emphasized the importance of defense. After losing in the first round of the playoffs in 2014, Jackson was promptly fired, having been replaced by Steve Kerr. The Warriors would go on to win the Finals the next year and win again two years later. This has left people wondering if Jackson helped start “the process” for the Warriors or if he was holding them back. The coaching stint for Jackson with the Warriors was the one and only head coaching job in his career.

This would seem a great hire for the Knicks in helping to rebuild a very underperforming Knicks team. However, Erik Malinowski illustrates, in his book “Betaball,” that Mark Jackson did not work particularly well within the Golden State front office. In his book, Malinowski talks about Jackson being very resistant to analytics and to statistics in general. There were also a few hiccups in the public relations area concerning money extortions and appearing as intolerant to his team president, Rick Welts. Many stories also surfaced about big issues within the coaching staff, which may have hurt the unity of the team. All that being said, Jackson still has great basketball IQ and management skills. He could certainly be an asset to the Knicks, but it is a matter of whether or not the organization can take on the risk that the opportunity presents.