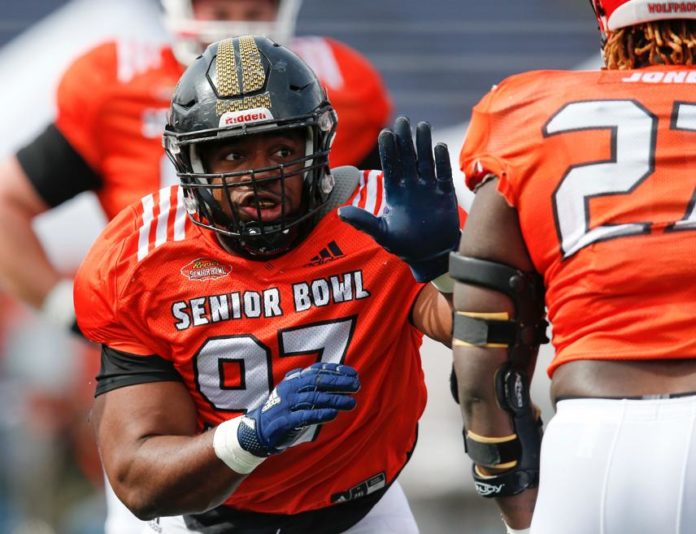 The new defensive end for the New York Jets, Nathan Shepherd, didn’t take the easy route on his way to the NFL. Before getting drafted in the third round, Shepherd was playing for Fort Hays State University, a small Division II college in Kansas.

Shepherd had to earn his spot there, too. After dropping out of Simon Fraser University in British Columbia for not being able to afford it any longer, he put his nose to the grindstone and started picking up jobs as a construction worker, camp counselor, and laborer for a moving company. He even worked security at a bar to help him save up $12,000 to enroll at Fort Hays.

After securing a walk on spot as a defensive lineman at Fort Hays, Shepherd worked hard, impressing head coach Chris Brown and eventually receiving a scholarship. He played three seasons there, even winning Defensive Player of the Year in 2017 for his conference.

That was no small feat for a player that wasn’t involved in the game for two years in between the time he left Simon Fraser and started at Fort Hays. His coaches at Fort Hays weren’t sure he was in the condition to play, but Shepherd proved them wrong, getting five tackles and three sacks his first season. During his senior year, the lineman had twelve and a half tackles and four sacks.

Now that he’s been drafted by the Jets, Shepherd is back to proving himself again. At 6’4″ and 315 lbs, he’s got a lot of power and strength behind him. He also does his due diligence, studying film and preparing for plays before they even happen.

At the Jets’ rookie mini-camp on Saturday, the 24-year-old from Ajax, Ontario showed off his moves, impressing many of his coaches and new teammates. For now, they’ll have him as defensive end, with the possibility of moving him to a different position if needed to help them work on their pass rushing. They hope the big man with an inspiring story can bring that tenacity to the field in the fall to take down some of the top quarterbacks they’ll be facing.