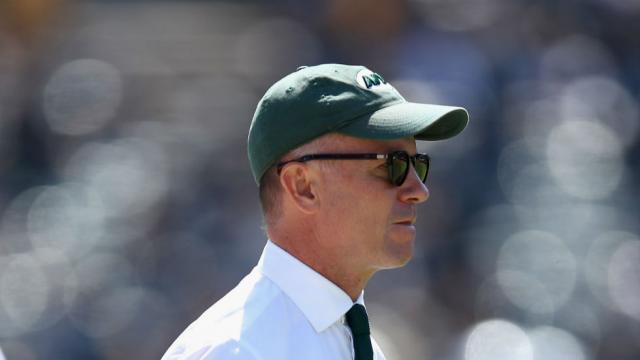 The dynamic executive has been in charge since June when the owner and his elder brother, Woody Johnson left the role in June last year to fill an appointment as Ambassador to the United Kingdom. He has made this move that has straddled his roles as the leader of a renowned social institution who is aware, encouraging and supportive of his player’s sense of justice. Some of these players have embraced a stark symbol and controversial gesture of civil discordance. In his role as the business head and representative of family interests that are both local and national, and all the while with a brother (and predecessor at the team) who occupies a role critical and strategic to civic life.

Players expressed disappointment after football practice on Tuesday, May 29, 2018, that the NFL once again decided to focus on the symbolism of the gesture and not instead on the proclaimed discordance and moral outrage at actions that have shown blatant, willful disregard by law enforcement officers for the lives of young men of color.
The players complimented Johnson for his stand but urged him to separate himself and the team from silent complicity and undesirable stalemate at the National Football League on an just, immediate and urgent fight against racial injustice in America.
Various players also expressed disappointment at Johnson for voting in changes in NFL guidelines that allowed a provision for teams to fine teams of players who kneel during the national anthem and another provision allowing teams the right to discipline individual players for related infractions and the leeway to determine penalty or punishment.

Johnson, seemingly a skilled political operative, went along with the NFL owners up to the last minute, not knowing what the owners would decide but ready and willing to bear the pressure and cost of nurturing authentic t expression at the New York Jets. He was also pleased that the owners attempted to have a frank and honest conversation about this controversy and even going as far as allowing teams the breadth to write their own rules and determine methods of action and dealing with an issue that is causing thought and debate in the vast and diverse social American life.