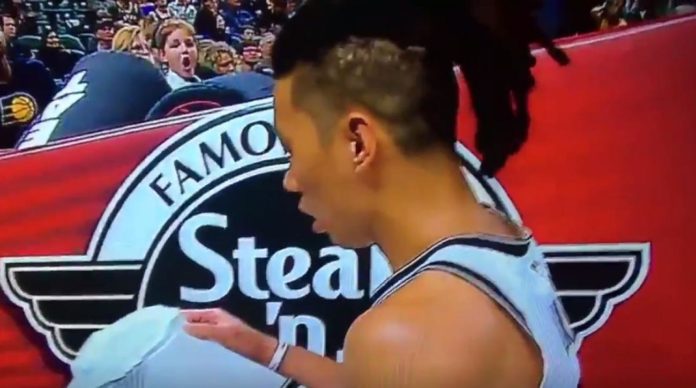 The Brooklyn Nets will somehow have to adjust to playing without their point guard Jeremy Lin because a right knee ruptured patella tendon has put him out for the entire 2017-2018 season after only one game. During the fourth quarter of the Indiana Pacers game on Wednesday, October 18, Lin landed awkwardly, fell out of bounds, started to cry and say “I’m done,” and was helped off the court. His season-ending knee surgery was performed on Friday. Last season Lin played 36 games and missed 46 games because of a hamstring injury. He had started only 34 games throughout the first two seasons of a three-year $36 million deal.

Lin in the past had shown the outstanding ability to penetrate inside and then get to the rim and kick out for open three-pointers. The Nets will have a hard time replacing his skills even though Lin tried to console coach Kenny Atkinson by pointing out that the retooled Nets are far better equipped to handle playing without Lin than last year’s bunch, which was shorthanded. Now the team has to rise up and prove if this will be true.

General Manager Sean Marks stated that Jeremy had worked tremendously hard in training camp and during the offseason, is extremely diligent to his craft. and had been excited about the team’s prospects in this new season in which Lin had been expected to play a big part. Marks said the entire organization will support Jeremy in every possible way through his recovery and will allow him to continue to contribute in a leadership role and look forward to an expected full recovery.

Marks said that they are looking at different options. One potential tool is that the Nets have $3.4 million in practical cap space if they create a roster spot in order to use it. He’s undecided if they’ll apply for a Disabled Player Exception. They cannot apply for that until they are about to sign or trade for a player that would cause a push over the cap. They have until January 15 to apply. If it is approved, it would be for $6 million and could only be used on an expiring deal or a free agent.