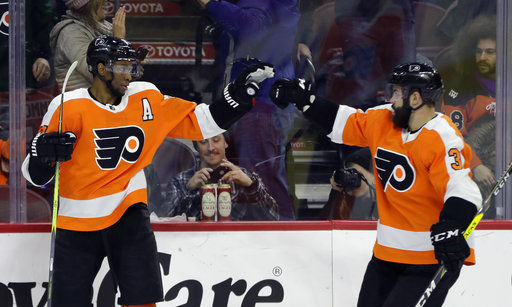 The New York Islanders and Philadelphia Flyers may not have a very intense rivalry, but they still played a very important game on Thursday, January 4. Both teams entered the game sitting just outside the playoffs, so the two points up for grabs in the game were vitally important. The Islanders and Flyers delivered an extremely exciting game filled with a lot of offense, but New York ended up on the losing end after giving up six goals.

After a cautious start to the game, the Flyers opened up the scoring with a power play goal by Sean Couturier eight minutes into the first period. The power play goal was set up by a hooking penalty by Dennis Seidenberg. The Islanders were not discouraged by the early deficit, and they eventually tied the game up late in the first period with a goal by Cal Clutterbuck.

The game really started to open up after a tentative first period. It only took just over two minutes for the Flyers to get a two-goal lead. Michael Raffl and Wayne Simmonds were the goal scorers for Philadelphia. A horrible high sticking penalty by Tanner Fritz set up Philadelphia with their second power play of the game, and they once again made the Islanders pay for their careless play. Ivan Provorov made it a 4-1 game with his power play goal.

New York tried to mount an impressive comeback, but they ultimately fell short. Cal Clutterbuck, John Tavares and Ryan Pulock scored three-straight goals for the Islanders, which made it a one-goal game with just over five minutes remaining in the final period. While the Islanders dominated the entire period, they were unable to get score the tying goal.

The team was clearly frustrated with their effort early in the game, and they start to take it out on the Philadelphia players. A tripping penalty by Andrew Ladd in the final minute started a huge brawl that saw a total of five players leave the game. Ivan Provorov scored his second power play goal of the game with only 13 seconds remaining. The goal sealed a 6-4 victory for the Philadelphia Flyers.

New York has lost their last four games, but they are still only two points behind the Carolina Hurricanes for the final playoff spot in the Eastern Conference. They will look to get a key win when the face the Pittsburgh Penguins on January 5. 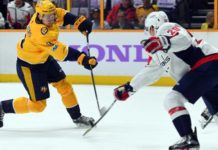