Sure, a few members of the New York Knicks are balling in Rio, but what if they weren’t? I answered the question everyone was asking and imagined the Knicks in the Olympics in non-basketball competitions. 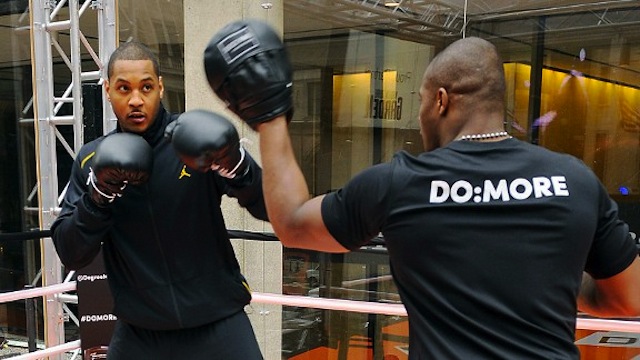 Carmelo has been outspoken about a lot of things during his career and boxing is one of them. He boxes to train, watches it on vacation and even teamed up with Degree on a boxing-themed promotion for the deodorant company. First on the schedule for Anthony on his Olympic schedule? Kevin Garnett. 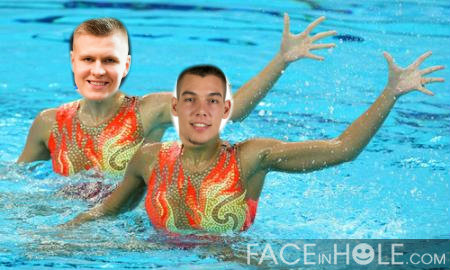 When I couldn’t find a picture of the player participating in his activity, I went to FaceInHole.com so we can all get a visualization of what it’d look like (you’re welcome). Hernangomez was teammates with Porzingis in Europe and now again in New York so he’d need his 7-foot buddy to help win gold for Team USA now that they’re both playing stateside. Just like they had beautiful chemistry when dancing, I’m sure it would transfer over to the pool just fine. 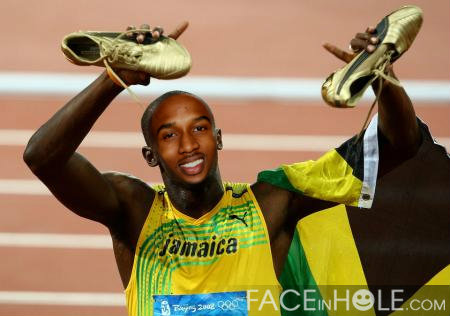 In the beginning of his career, Brandon Jennings was one of the quickest and most electric players in the NBA. He could beat anyone off the dribble and finish in a plethora of ways. Although the 100 meter race is 3.49025532 times longer than the length of an NBA court, I like Brandon’s chances. 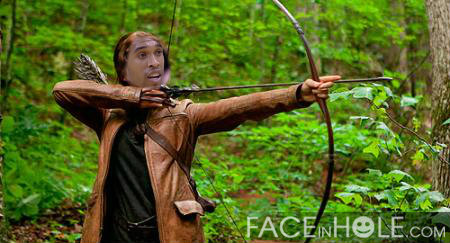 A career 38.4% shooter from 3, Courtney Lee has crazy efficiency from long-range. Now, would shooting a basketball into a hoop from over 22 feet equate to accurately shooting a target with a bow and arrow from far away? I’m not sure, but put the apple on my head and let’s find out. 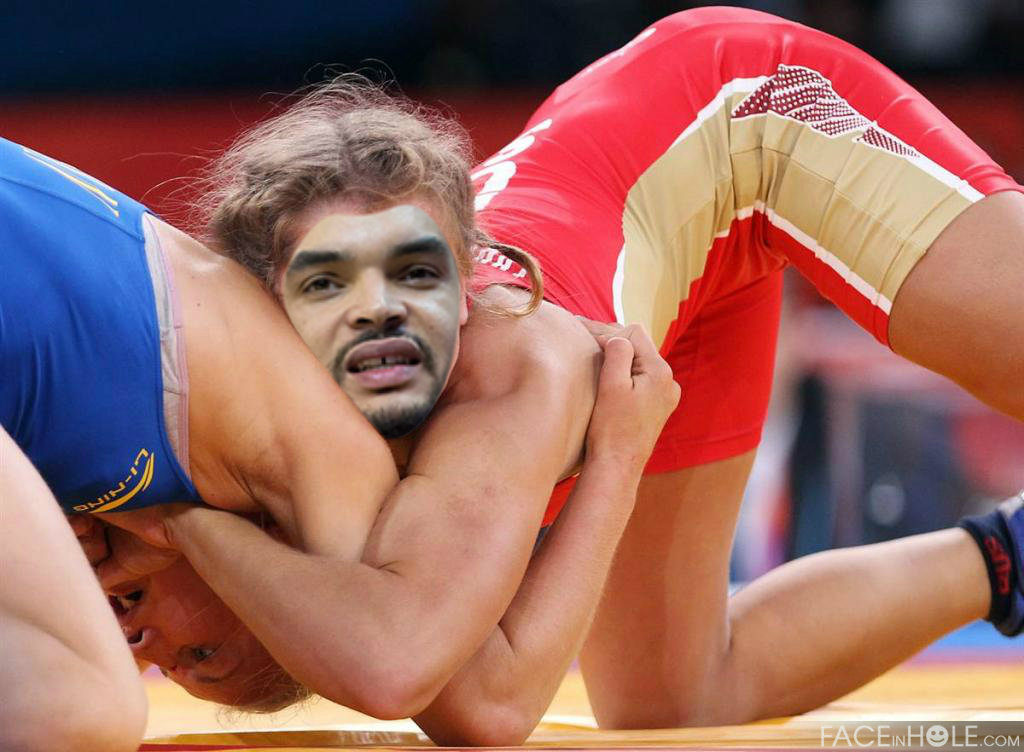 There are few players in the Association as passionate on-court as Joakim Noah. The New York City-born Center has gotten into it with many players and doesn’t back down to anybody. First up on his schedule? LeBron James…man, would that be something to watch. 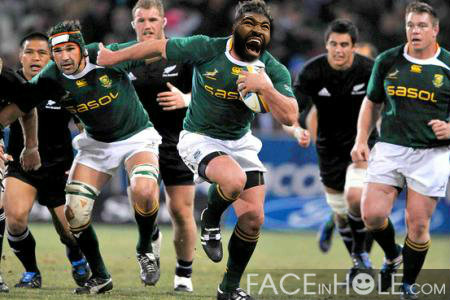 I’m not going to pretend I know anything about rugby and how Kyle O’Quinn would be a perfect fit for the sport, but I can just imagine him bulldozing his way to a “try”…I hope I’m saying that right. Like Noah, O’Quinn has a fiery attitude on the court. Add his big body to the mix and you have one scary man running towards you. 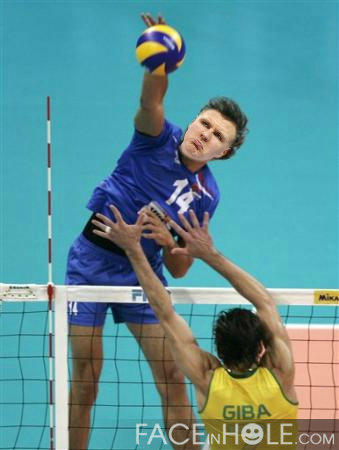 ‘Porzingod’ would be great with his buddy Willy in the synchronized swimming competition, but I felt like he also deserved his own sport. His 7’3″ frame would make it nearly impossible for the opposition to get it passed him and score on Team USA. Leading the Knicks in blocks per game last year with 1.9, Kristaps has a thing for smacking opponent’s balls down their throats. The best thing about this whole scenario is that they wouldn’t even have to fit the whole team on the gold medal pedestal, KP could just stand behind the team on the floor and everyone would still see his face. 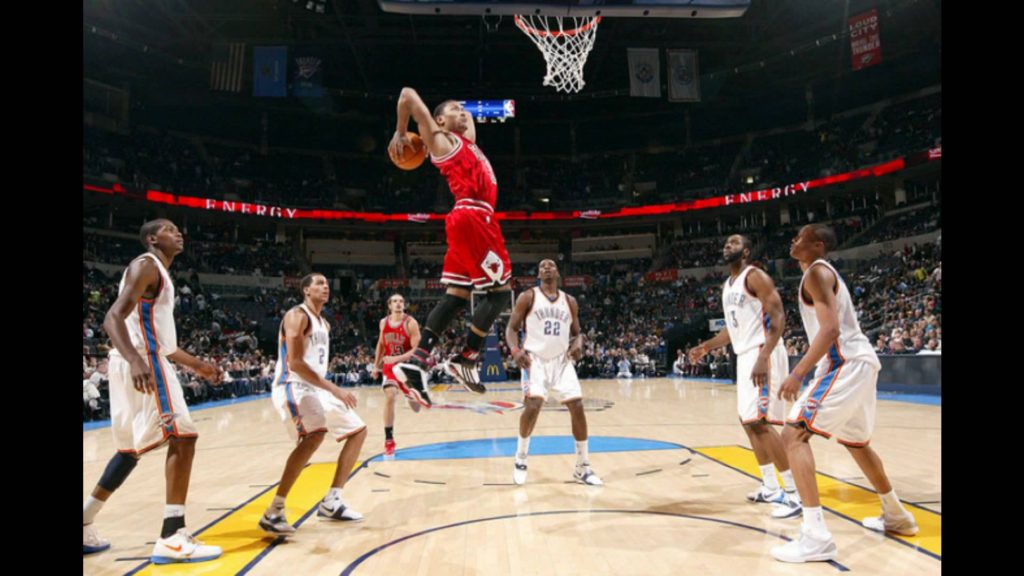 I understand this is a touchy area for many D-Rose & Knicks fans. I also understand he’s has multiple injuries to his legs/knees. What I need you, the reader, to understand is that, when healthy, this dude was dunking by jumping off trampolines. Not really, but Rose has plenty of experience in the air which gives him an advantage in this contest. 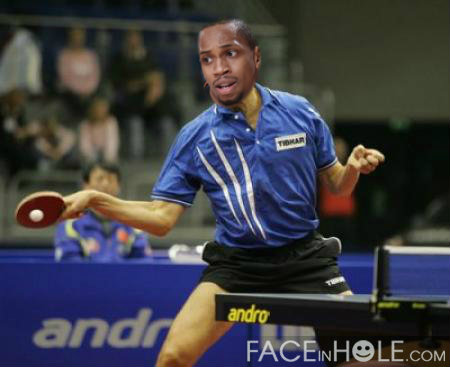 This one definitely took me the longest to come up with as there wasn’t an Olympic sport that screamed, “Lance Thomas” to me. We know that he loves cartoons and he even told me what his favorite was, so I felt like cartoons and ping pong, or “table tennis” if you want to be proper, are perfect complements. I dare you to tell me with a straight face that you can’t imagine an avid cartoon watcher smacking a ping pong ball with a tiny paddle during commercials. 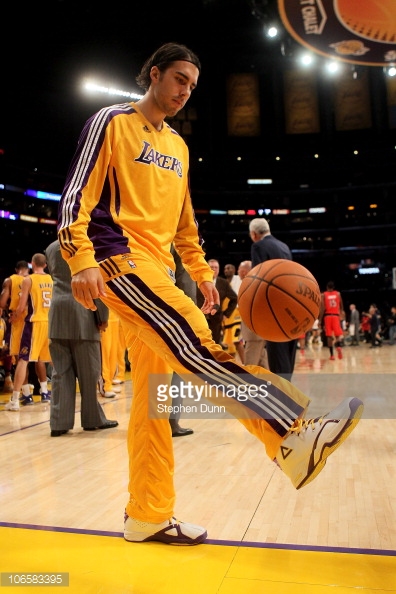 Sasha Vujacic is from Europe and loves soccer.

Who did I miss? Who did I get wrong? Let me know on Twitter @SteveTsakSS.