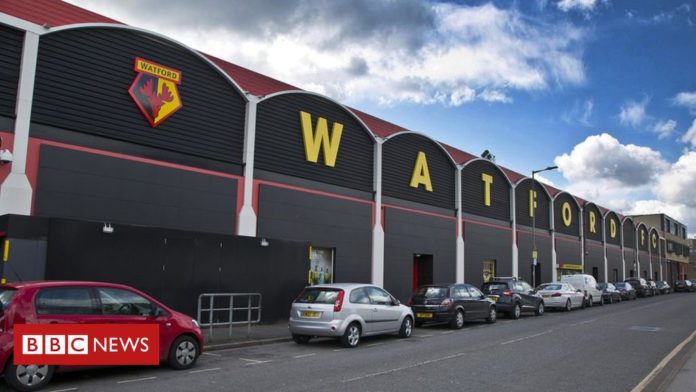 While football may be essential to people’s lives, we don’t usually think of football clubs as essential responders in times of critical threat.  But at Watford FC’s Vicarage Road, business as usual has gone from running a football club to providing and maintaining a support facility for use by the NHS to save actual human lives.

Gino Pozzo, a beloved figure in English football thanks to his impressive leadership of the Watford FC since he bought the club in 2012, has harnessed the opportunity to become even an even more appreciated local hero by turning over the Hornets’ Vicarage Road Stadium to the NHS to help the fight against the coronavirus pandemic.

When the pandemic hit, Vicarage Road was immediately alerted to the local emergency and growing need for local resources to serve the Watford community. Starting on March 25, the club turned over its stadium and all of its ancillary facilities to the NHS for exclusive use by West Hertfordshire Hospitals NHS Trust (WHHT) as a support facility for Watford General Hospital during the crisis.

Speaking on behalf of Pozzo and the club, Duxbury made national and international news when he stated emphatically, “We need to forget football right now and concentrate on doing all we can to support the NHS and, in particular, Watford General Hospital.”

Pozzo affirms that from Vicarage Road there is easy access directly into the hospital site from the Graham Taylor Stand at the stadium.  Given this understanding, it was decided at once that the club should “act accordingly” after senior NHS personnel went over their precise requirements with the club’s administrative leadership in late March.

Where football training and strategic plays had been the focus of everyday operations, life-saving induction courses for NHS staff are now taking place, and the stadium is now hosting critical meetings of health professionals, warehousing for essential medical supplies, and childcare facilities to support health workers, as the coronavirus outbreak continues to strain the national and global healthcare industry.

“Right now, we are doing all we can to make sure we can focus on caring for our sickest patients,” explained Allen.  “We have found ourselves needing extra space very quickly. For example, we are running refresher training to our clinical staff so that they can care for patients with breathing difficulties… We also need more space so that we can stick to important guidance about social distancing for our staff induction sessions and for key meetings when we need our senior leadership teams around the table.”

She confirmed, “The club’s support is helping us to run our organisation safely and we are very grateful for their support at this challenging time.”

“Our proximity as a football club next door to a hospital puts us in a great position to offer help and we’re keen to do whatever we possibly can to support NHS staff and their families,” commented Duxbury, adding: “The UK Government’s message has been about doing ‘whatever it takes’. Likewise, we’ll do ‘whatever it takes’ here at Vicarage Road to offer our fullest support to the NHS and its people at a time when it’s clearly needed most.”

Meanwhile, Watford FC wants to keep lines of communications open with their supporters and fans during the pandemic crisis, even as Premier League season activities continue to be suspended.

Although the club continues to respect and adhere to the very latest UK Government advice with regards to social distancing, the Watford FC Ticket Office and Hornets Shop will continue to be available for supporters, manned by a minimal staff.  The club’s main Reception Desk will remain open, with remote personnel addressing calls and emails while the regular in-person service remains temporarily unavailable. But the highest level of engagement between Watford supporters and their beloved Hornets has been via the club’s social media platforms, where lively exchanges are taking place continuously.

When Gino Pozzo, a lifelong fan of English football and the Premier League, purchased the Watford FC in 2012, the club was crippled by heavy debt, and had been floundering in the Fourth Division for decades, having enjoyed their hey day between the late 1970s and mid 1980s.  Within his first four years at Watford, Pozzo had led the club from its dreary and lackluster state back into the limelight of the Premier League, and during the 2019 season, the club even played an NFA Cup Championship.

At the time that Pozzo purchased the club, he told the press that he and his family, who also own the Italian Udinese Calcio FC, were planning to focus on Watford FC as their primary football project.  “We really believe Watford are going to be our top project for the future – further down the road – because of the potential of English football.”

Today, Pozzo has demonstrated his commitment to his newfound home and community in Watford by turning over the Hornets Vicarage Road stadium to provide life-saving support for Watford residents and the NHS health workers that are protecting and caring for them. 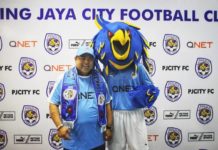