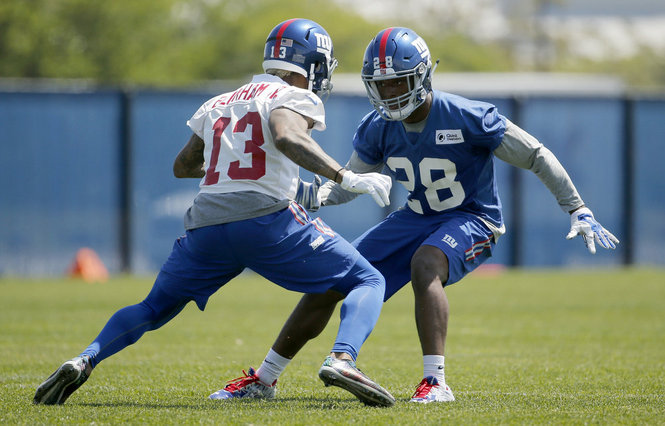 During the 2017 NFL season, the New York Giants were widely considered to be one of the worst teams in the league. For fans of the team, the 2017 season was very disappointing considering there was a lot of optimism and hope for the team. However, the team ended up suffering a lot of different injuries and was never able to get back into a good position to win many games. During the year, the team had one of its worst offensive years on record and Eli Manning was benched for the first time in his career.

According to Forbes.com, as the 2018 NFL offseason has continued to progress, the Giants are looking forward to having a much better 2018 season. The team ended up picking Saquon Barkley with the number two overall pick in the draft and they should be able to see a lot of improvement on the offensive side of the ball because of it. Barkley previously played for Penn State University and is widely considered to be one of the top prospects in all of football.

Now that the draft is over, the Giants are looking for other ways to improve the team. One of the main ways that they will be able to improve their team is at the OTAs. These offseason training sessions are typically considered to be some of the most important events of the offseason for any team. During this offseason, there are many different storylines surrounding the Giants that will become big news as the team prepares for the upcoming season (https://giantswire.usatoday.com/2018/05/20/new-york-giants-set-begin-otas-13-storylines-to-watch/).

One of the main storylines surrounding the team will be the development of Barkley. Now that he is in the Giants’ uniform, there will be a lot of hope surrounding him and his development. While he looks like he was built to play in the NFL, there is still always a lot of risk that any given player will not be able to keep up with the speed and size that comes with playing in the NFL.

The Giants will also focus on whether or not they will continue to commit to Eli Manning in the future. While Manning has won two Super Bowls with the Giants, he has struggled the last couple of years and he may or may not be nearing the end of his career. While some quarterbacks play well past 40 nowadays, others tend to lose productivity when they are about Manning’s age.