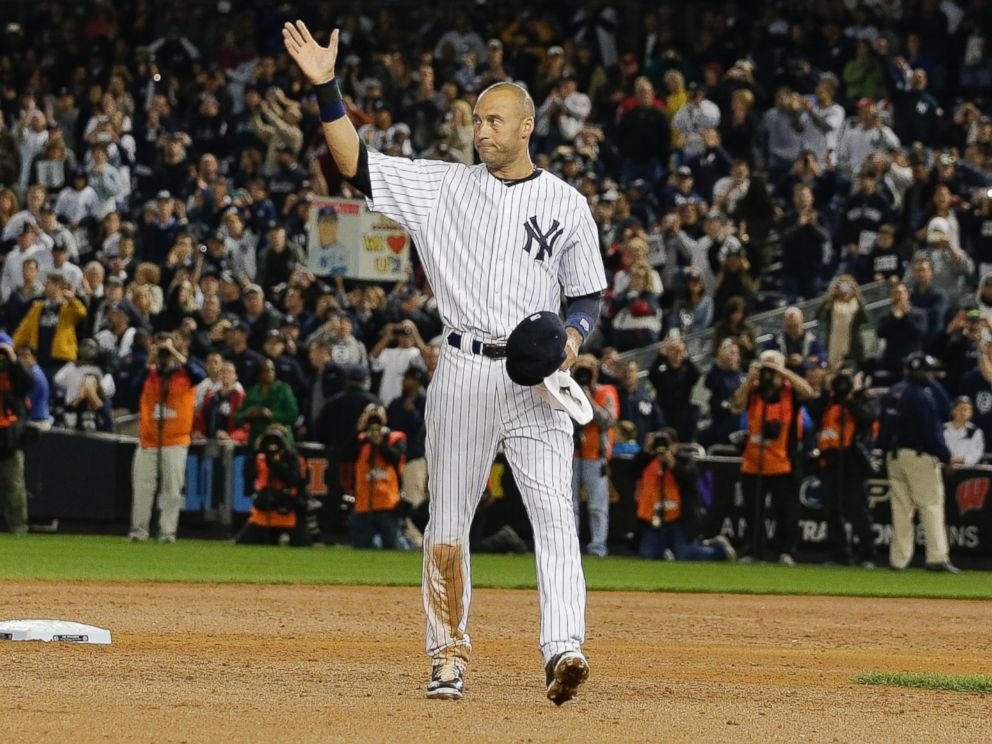 There were so many different approaches to this article.  I could’ve explained how Jeter is all I know, I could’ve elaborated on just Thursday night’s game or I could’ve ranted about how this was one of his greatest moments ever.

Derek Jeter is all a lot of people under the age of 30 know regarding Yankees shortstops.  Thursday night’s game is a game that will be talked about forever.  This was one of the future Hall of Famer’s greatest moments of his career.  What I want to talk about is the ending of the game and the Core Four.

Derek Jeter was serenading in the “DE-REK JE-TER” chants in the top of the 9th as the Yankees held a 3 run lead.  He admitted after the game he didn’t want the ball hit to him as he was about to lose his composure.  For half of this man’s life, he had been at shortstop in the Bronx and this would be the last time he would have the opportunity to do so.  The game was supposed to end with David Robertson closing out Baltimore and Derek Jeter walking off the field to join the Core Four.  The Core Four were ironically all wearing their Yankees jackets that we would typically see when the weather got colder, around October.  Robertson blew a 3 run lead as the Orioles homered twice in the 9th.  Due up 3rd in the bottom of the 9th, Derek Jeter.

Jose Pirela singled to left and was pinch-ran by Antoan Richardson.  Brett Gardner moved him to 2nd base with a sacrifice bunt and the stage was set for Derek Jeter to be celebrated instead of commemorated.  “Captain Clutch” singled to right on the very first pitch as Richardson dove into home and won the Yankees the game.

Like his Gatorade commercial suggests, Jeter has always done it his way.  Whether it be diving into the stands, running from shortstop to the first baseline to save a run, hitting a home run for his 3,000th hit and now, producing the game winning hit in his final home game in the Bronx.

After not realizing they were there, Derek ended up spotting the Core 4 as well as Bernie Williams, Tino Martinez & Joe Torre after the celebration had died down.  Their hugs and good appraisals welcomed Jeter to life after baseball.

Jeter himself said he couldn’t have scripted this game any better.  He would’ve been fine with the 5-2 win.  Manager Joe Girardi would’ve been content with the 5-2 win as he wanted to see his plan pan out.  Afterwards, Girardi said he’d rather the game had ended the way it did as opposed to what he had planned as well.

He said after the game that it felt like he was at his funeral after seeing all the highlights on the scoreboard and hearing the fans throughout the night.  He turned his “funeral” into a celebration as only the captain can do.

Yankee fans, New Yorkers, baseball fans and Americans will miss seeing you on the field Derek.  Thanks for all the great memories, being our role model and showing us even in the bright lights of New York, anything is possible.