As the New York Giants head to training camp, they have more to deal with than choosing their roster for the season. They’re also dealing with the sudden death of Mitch Petrus, a member of their 2012 Super Bowl team.

Petrus was just 32 years old. He reportedly spent long hours working in the heat for his family’s Arkansas business. Temperatures reached the 90s that day, and the area was under a heat advisory. When Petrus started to feel unwell, he went to Little Rock’s Baptist Health Medical Center. Despite seeking medical attention, he passed away. According to the medical examiner, he died from heatstroke.

Petrus joined the Giants as an offensive lineman in 2010. He went on to play with the Giants through 2012 and was part of the team that beat the New England Patriots in the Super Bowl that year. The Giants drafted him from the University of Arkansas, where he was a star player for the Razorbacks.

He retired from football in 2013 but stayed involved with the sport, appearing on radio shows and working as a Razorbacks analyst.

Many Giants players like Rich Seubert took to Twitter to express their shock and sadness at losing their former teammate in such a tragic way.

Much of Arkansas and the United States is currently battling excessive heat. Signs of heatstroke include fainting, dizziness, cramps, nausea, confusion, and headache. People should avoid being outdoors for extended periods and should stay hydrated. At the first sign of symptoms, the affected person should seek medical help.

In addition to losing Petrus, the Giants also recently lost Jared Lorenzen. Lorenzen played as a backup quarterback from 2004 to 2008. He was part of the team that won Super Bowl XLII. He passed away in early July due to complications with an infection. He’d been struggling with heart and kidney issues prior to his death. 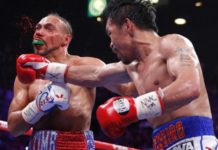 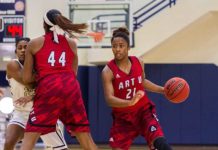 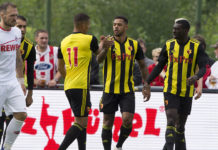