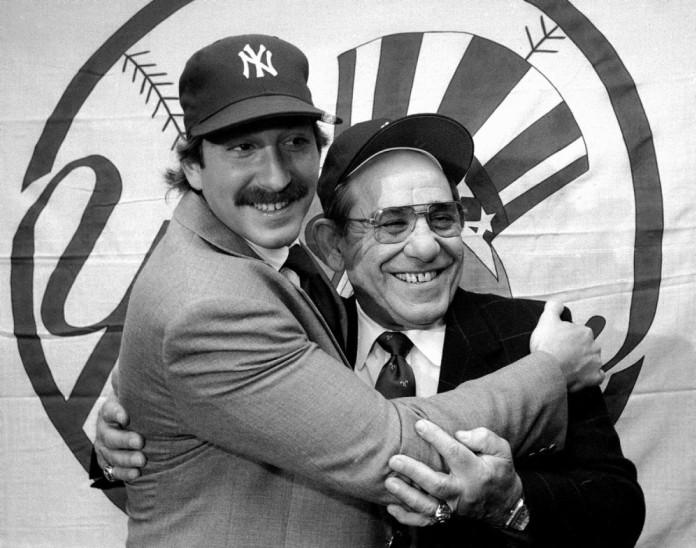 Taking one day out of the year to appreciate the effects our fathers have on us is not enough. Your dad is usually your first catch partner, the guy who laces up your cleats and the man who shows you how to do everything in between. When you are young your dad is a super hero, the absolute coolest guy on the planet. Dad’s are always coaches, drawing up plays in basketball or filling out line up cards in baseball. I still do not know if my dad realizes the impact his coaching in life has had on me. Picking you up, dusting you off, and telling you to keep on playing on and off the field. So enjoy the rest of this article but also realize sports are not the most important thing. The most important thing is having something we can do with our dads. Every son wants that because making your dad proud is undoubtedly the best feeling in the world. Go to your dad today and say thank you. He has done more for you than you will ever know. Now lets look at some notable New York father son combos:

Football’s royal family has graced New York with their youngest son. Eli has brought two titles to the Big Apple and has made three Pro Bowl appearances in his time with the Giants. Archie played 11 seasons with the New Orleans Saints and made two pro bowls in his time. No doubt, the pinnacle when it comes to New York father son combinations.

Mookie was a prolific base stealer for the New York Mets from 1980-1989. Mookie stole 327 bases but is best known for his slow roller that rolled its way right into history. “Knight scores and the Mets are gonna win it!” Preston was drafted by the Mets in 1992. After being called up in 1997 he was traded to the Marlins for two minor leaguers and Mike Piazza. So if you are wondering why I chose Preston Wilson, there you go. Preston actually went on to become a World Series Champion and the National League RBI king in 2003.

Yogi won THIRTEEN championships…and I’m not joking. He went to thirteen All Star games and won three AL MVP awards. Dale Berra, named after Dale Mitchell, the man who made the last out in Don Larsen’s perfect game, played ten seasons in the majors. He won the 1979 World Series with the Pirates and was traded to the Yankees to play for his dad in 1984.

Zak has been a special teams hero for Big Blue since coming into the league in 2007. He has been to two Pro Bowls and has been a part of two Super Bowl victories. His father Steve also played for the Giants and was a part of the Super Bowl XXV championship team. With the victory, the DeOssie’s became the the first family to win a Super Bowl with the same franchise.