Home Products Elliot Gerard: The Man Behind the Illustrations

If you follow any New York teams on social media, there’s a good chance you’ve seen a design with a signature on it reading “Elliot Gerard”. He’s the face behind illustrations seen worldwide and requested by everybody from ESPN to JR Smith. Skyscraper Sports caught up with Elliot to learn more about his projects.

Q: What does your career entail?

A: I work full time at Turtle Beach, the gaming headset company. I’ve developed headsets and designs for Marvel, Disney, Major League Gaming and Activision. One really cool thing I did for Turtle Beach speaker plates was create illustrations for custom headsets that Dez Bryant & Dwight Howard wore for a Major League Gaming tournament they played in.

I’m also a professional illustrator. I’ve worked with the Knicks on over 20 projects this season, including Melo making the All Star game and Walt Frazier’s 70th birthday celebration most recently. Look out for more Illustrations for the Knicks this summer!

I’ve been hired by major sports brands like ESPN to create multiple social media illustrations for major events in sports. I created illustrations for Derek Jeter’s retirement, LeBron James returning to Cleveland, the NBA Playoffs, Draft & Finals, as well as the Super Bowl, Tennis Championships and now the NHL playoffs.

I also work with Professional Sports Agents and athletes like JR Smith and his organization Reach Anonymous, which has created a great anti-bullying mobile app. I have created some great illustrations like a spoof off of “The Avenger 2 – Age of Ultron”, which I made “The Reachers vs. The Bully-Bots” and J.R. Smith was “The Incredible Help”.

I create illustrations and designs for all sorts of other organizations, musicians, sports reporters and anyone who is interested in hiring an illustrator. If anyone is looking to hire one reach out to me on Twitter or Instagram @ElliotGerard or check out my website elliotgerard.com to email me.

Q: Where has your work been featured? Besides the leading New York sports website, Skyscraper Sports of course.

A: I’ve been featured in articles in CNBC, BetaBoston, Rally Sports, Fansided and The Knicks Blog. Last month, my work for Turtle Beach, ESPN and the Knicks were part of an exhibition called “Hang Together” at Pratt University. This season, my illustration was on the cover of the Phoenix Suns’ “Free Throw” Magazine. 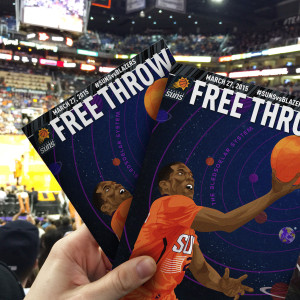 It all really started with Doublescribble.com, which is a great place to see basketball artwork. They put me on the map where I was discovered about a year ago by ESPN and it’s rolled since then.

Q: I know you do a lot of sports illustrations, but what New York sports projects have you worked on?

A: I do a bunch of projects for the Knicks like illustrations for training camp, their trip to London, a digital Christmas card for the fans, opening night 2014, Walt Frazier’s Birthday and the All-Star Game.

I’ve created pieces for The Knicks Blog and was even hired to design The Knicks Blog Radio’s logo, hosted by Anthony Donahue, who’s a huge supporter. ESPN had me work on a project for Melo returning to New York as well as the Nets advancing to the second round of the 2014 Playoffs to play the Miami Heat.

Phil Jackson also retweeted a tweet of an illustration I made of him in it which was pretty cool. The Knicks reporter Tina Cervasio has been a great supporter and Amare and many other (current and former) Knicks have retweeted my illustrations also.

I also had illustrations that had Melo, Phil Jackson and Jeter replacing the heart in “I HEART NY”, so it became “I Melo York”, “I Phil York” and “I Jeter York”. These illustrations received a lot of attention and were featured on BetaBoston.

That’s where New York State Empire State Development, who own the license for “I HEART NY”, probably saw my designs and issued a cease and desist so we couldn’t end up selling the shirts we already made. I changed that to “Melo York” and “Revis York” with skyscrapers in the background which started a whole new style for me.

But it actually worked out since we couldn’t sell the “I Phil York” and “I Melo York” shirts we had already printed, so I told my contact at the Knicks and he said that Knicks employees and reporters would love to wear them. So there are a bunch of people in the sports industry walking around with those shirts on.

Q: Was there one project that stood out as your favorite?

A: There’s been so many different ones that it’s hard to choose. I did a Thanksgiving one on the Bears & Lions that broke records for most likes on Instagram for a major sports outlet. Creating Melo coming back to New York for ESPN was obviously one I was really happy to do. One of the most recent ones I designed was celebrating Melo starting in the All-Star Game. The Knicks wanted me to make a digital subway mosaic of Carmelo’s face and it was a huge success, people actually asked me what stop they can see the mosaic at. It wasn’t my typical style and I think it really worked well.

Q: What’s the longest you’ve worked on a single illustration?

A: I timed myself for a Super Bowl illustration and it ended up taking me 30 hours. Time flies when you’re having fun. The major news outlet ended up not posting it because the Seahawks lost the Super Bowl. Just one yard short man…they couldn’t just run it in. I still got paid for the job but I’m not going to lie, that one stung.

Q: Do you have favorite sports teams in New York?

A: I’m definitely Knicks all the way. I don’t hate the Nets because their fans are amazing. I made a bunch of friends making the logo for the Nets Source which is a Nets blog but I’m not a big fan of their owner, Prokhorov. Once he leaves I think I’ll like them a little more, but Knicks on top of every team. Jets are number two. I don’t dislike the Giants either. Any team that beats the Patriots twice in the Super Bowl is okay with me. Mets over Yankees but I’ll root for the Yankees too. I’m kind of becoming a bandwagon Rangers fan as well. After creating illustrations for the NHL playoffs, I’ve gotten into watching the Rangers make a run at the cup.

Q: Did you have any memorable moments with athletes in your career?

A: I made an illustration for Iman Shumpert called “Do the Shumpty Shump” that he used as his avatar which was really cool. Working with J.R. has been a great experience as well. Of course Dwight Howard & Dez Bryant wearing my headsets at a gaming tournament was an awesome sight too.

In 2013, I created a “Stat Pack” illustration of STAT, Artest & JR Smith, ever since then Amare has been really cool about retweeting almost all Knicks illustrations I created (that is until he went to Dallas). I am definitely going to miss him, J.R. and Shump next season.

I lived in White Plains in the same building as Toney Douglas, Landry Fields and Josh Harrellson. I gave Toney an illustration I had made of him and he signed it and kept a print for himself. I had an interaction with New York Liberty Coach Bill Laimbeer who I showed all my work to and he told me to keep in touch by shouting me out on Twitter.

You can purchase t-shirts, hoodies and prints of Elliot’s work at shop.elliotgerard.com. See more of his work at ElliotGerard.com and follow him on Instagram or Twitter @ElliotGerard. 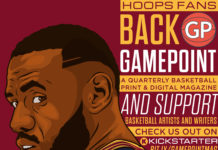 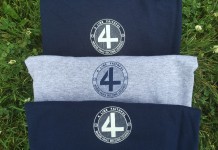 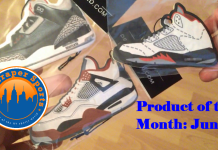