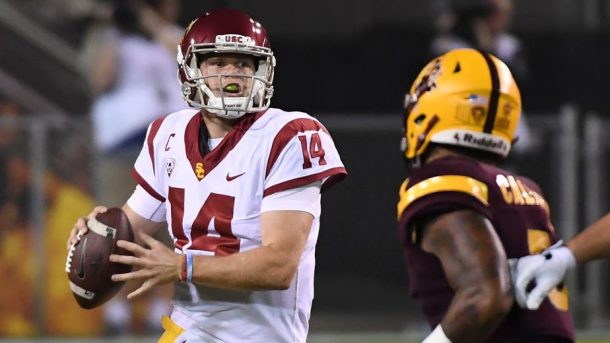 Expectations for the Jets

Although the New York Jets had a losing season last year, the team won more games than many people expected. The Jets have a solid base of young players who can contribute for many years. The latest draft was one of the wildest in recent memory. The Browns shocked the entire NFL by picking Baker Mayfield with the first overall pick. The Jets were able to draft Sam Darnold with their pick. Many draft experts believed that Darnold was the most talented quarterback in the draft.

The Jets have struggled offensively over the past few years. The offensive line lacks elite players, and the quarterback was sacked numerous times last season. If Darnold is going to succeed in New York, the team must invest in offensive linemen to protect him. The Jets drafted and signed several players to help with this unit.

Training camp started several weeks ago for most teams. The New York Jets may wait for a few games before starting Darnold. Rookies who wait to get NFL action tend to perform better than players who play right away. Many of the most successful NFL teams wait years before letting drafted quarterbacks play in a regular season game. The Jets do not have the luxury of waiting. By all accounts, Darnold is working hard in training camp and is expected to contribute this season.

Another vital element of a rookie quarterback’s success is mentoring. The Jets coaching staff needs to spend a lot of time with Darnold over the next few months. Darnold understands football, but he still makes plenty of mistakes. If the coaching staff can mold him correctly, some people believe he will be the best quarterback taken in the 2018 draft class. Jets fans have plenty of reasons to be excited about the upcoming season.