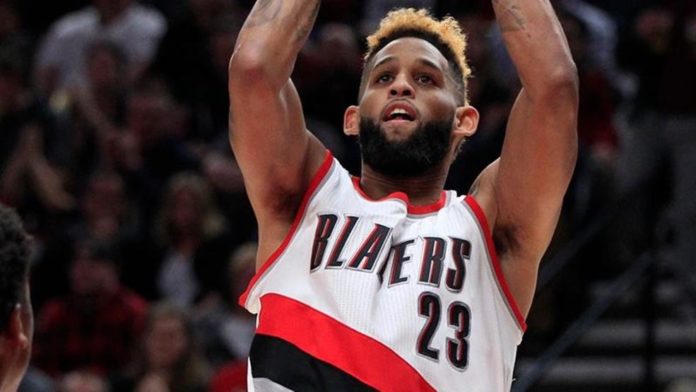 The Brooklyn Nets have made another significant addition to their team by acquiring shooting guard Allen Crabbe in a trade with the Portland Trail Blazers. This is the second huge trade made by the Nets this off-season. They acquired point guard D’Angelo Russel from the Los Angeles Lakers for center Brook Lopez last month. The newly acquired guards will give the Nets one of the best young backcourts in the Eastern Conference this season.

The Nets absolutely love what Allen Crabbe will bring to their team, and they have been attempting to acquire him since last year. Brooklyn signed Crabbe to a four-year contract worth $75 million last off-season when he was a restricted free agent. Portland decided to match the contract last year, so Crabbe had to stay with the Trail Blazers. Portland had a surplus of talented guards on their roster, so Crabbe’s large contract became expendable as the team looked to eliminate some salary.

Brooklyn had to ship power forward Andrew Nicholson to the Trail Blazers in the trade, but that is a small price to pay to get Allen Crabbe. Portland is already planning on releasing Nicholson to reduce their salary burden this year. Crabbe quickly turned into one of the best bench players in the NBA during his four years with the Trail Blazers, but he will finally get the chance to start on a regular basis with the Brooklyn Nets. The chance to start was so appealing to Crabbe that he waived the $5.6 million trade stipulation in his contract to ensure that he would get to come to Brooklyn.

Allen Crabbe averaged just under 11 points, three rebounds and one steal during the last two seasons with the Portland Trail Blazers. Crabbe was able to accumulate these impressive stats despite only playing 28 minutes a game. These numbers should only improve now that he is not forced to play behind Damien Lillard and C.J. McCulloum.

Crabbe will fit perfectly into the Nets offense. Brooklyn built their offense around the three-point shot, but they were not very efficient shooters from behind the arc last year. Crabbe managed to make more than 44 percent of his three-pointers last year. The excellent passing of D’Angelo Russel and Jeremy Lin will ensure Allen Crabbe gets plenty of open shots this season. A quality shooter was the biggest need for the Nets last year, and they have finally filled that huge hole.